Casino players in Germany were caught off-guard on the 9th of January 2018 when the Novomatic Group took the decision to remove their real money online slots from German-facing online casinos. Through the group’s Greentube subsidiary, which manages online operations, the decision was taken to pull iconic games like Book of Ra, Lucky Lady’s Charm and Sizzling Hot. Local German casinos were subjected to the decision and even international operators with a presence in Germany, who rely heavily on strong relationships with their game provision partners, adhered to the rule. To all intents and purposes, a significant chunk of the most popular games in the country disappeared overnight.

While Novomatic never officially confirmed the reasons behind the removal decision, strong speculation throughout the industry indicated that they were pre-emptively avoiding clashes with the German government. Online gambling in Germany is not illegal, but not explicitly authorised either. In such an uncertain climate, the last thing any company would want to do is jeopardise its position elsewhere, especially in the case of Novomatic. The Group’s online revenues in Germany make up less than 10% of the company’s revenue. At the same time, they are truly dominant in land-based venues across the country and serve as the go-to slot machine provider in clubs and casinos nationwide.

The decision followed a similar one in the previous November, when Gauselmann pulled its Merkur branded content from online casinos that operate in the country. With another significant presence on land in Germany, the decision was undoubtedly taken along similar lines.

Technically, it is not impossible to find Novomatic slots in Germany, and much of it comes down to the licensing and regulation of the casinos involved. Many of the leading online casinos in Germany are licensed either in Schleswig-Holstein or with the Malta Gaming Authority. All of these brands have accepted the decision from Novomatic to remove the games involved. However, some casinos are still licensed in Curacao, which does not boast the same kind of reputation. Indeed, Online Casino Deutschland states that a Curacao licence is worth little more than a name, and while casinos operating with such a licence do so legally, players cannot expect much by way of representation in the event of a dispute. The site explicitly recommends that players stick with MGA or Schleswig-Holstein regulated casinos and we are inclined to agree with that assessment.

One year on, Book of Ra and the other key games, once fixtures among the most-played online slots across Germany, have disappeared completely. However, with the help of resources such as Online Casino Deutschland, players have been able to adapt and evolve. According to the site, Germany’s most played online slot currently is Book of Dead – a game that is all but identical to Book of Ra in terms of gameplay, while also benefitting from being much newer and therefore more visually pleasing.

Rather than lament the loss of their favourite slots and giving up altogether, players have instead taken advantage of the fact that other game providers are equally as passionate about Novomatic content as they players themselves. Providers such as Play’n Go – the name behind Book of Dead – and Gamomat boast several games that share similarities with classic Novomatic titles, including a handful that are identical in everything but the name. Crucially, these international developers do not have any significant presence within Germany itself, with their content instead being delivered by offshore operators that serve players throughout Europe and beyond. In this context, they simply do not have as much to lose in offering online gambling content to German players, as no significant element of their business relies on adherence to German gambling laws, if and when they come into force.

The slot rankings for German players at Online Casino Deutschland indicate that other top picks among players are Ramses Book and Crystal Ball – both games that would pass for Novomatic titles if did not know otherwise. In effect, players have moved on to similar games that do many of the same things, with the only difference being the name of the company that created them.

German online gambling laws remain a work in progress, and there remains a chance that the original Novomatic slots, not to mention their Merkur counterparts, may make a return in the future. For the time being, however, players continue to be well served by what the multitude of other game providers out there bring to the table, and there is no shortage of quality action for players to keep an eye out for just yet. 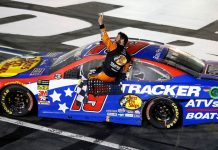 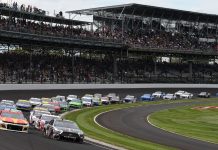 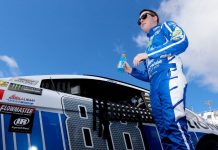 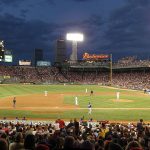 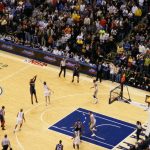 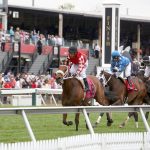